Sweetly spiced and gloriously crunchy, this recipe is easy peasy and great for breakfast, lunch or tea. Use thick white bread for the naughtiest cinnamon toast, or healthier wholegrain bread if, like me, you're guilty of having eaten too much cake. I ate this today with a cup of flowering green tea as a delicious brunch. 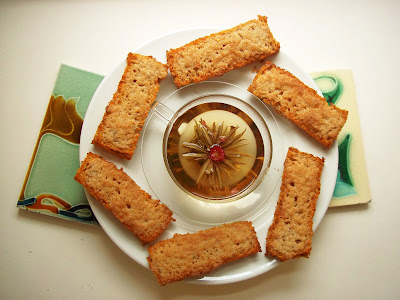 2. Mix the butter, cinnamon and sugar together in bowl.

3. Cut the crusts off the bread and cut into fingers.

4. Spread the cinnamon mixture onto the bread fingers.

6. Alternatively, you could toast the bread, then cut it into fingers and spread the cinnamon mixture over them.

7. Serve with your favourite cuppa. 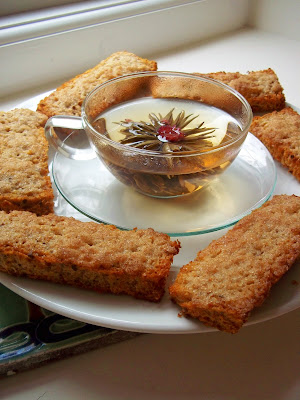 This cinnamon toast was idly baked while listening to the News on BBC Radio 4
Posted by Flora Cruft at 03:47 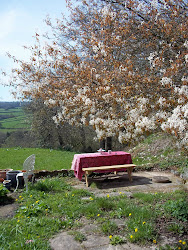